Great video to summed-up this blog article. Credits to the uploader.


If Park Shin Hye‘s recent dramas will be aired on ABS-CBN just like Heartstrings & Hayate The Combat Butler (/via kapamilyanovelas.multiply.com); Her leading man in He’s Beautiful, Jang Geun Suk is also another solid Kapamilya! After “Marry Me, Marry“, his new show that will be aired early 2012 in Korea, Love Rain was bought by ABS-CBN to air in Philippines. Along with the Asia Prince is the Princess of the SNSD, Yoona.

From the same source, here’s the picture teaser of LOVE RAIN for ABS-CBN!

HAYATE THE COMBAT BUTLER, Heartstrings, SkipBeat, Can’t Lose, Absolute Boyfriend and Beautiful You are expected to be seen on ABS-CBN!

I am no loner worried. Since Yong Hwa and Shin Hye‘s drama comeback in PH TV will be on ABS. As well as Wu Chun and Goo Hye Sun’s tandem will be aired on ABS-CBN! 🙂

It will be back to back PARK SHIN HYE shows on ABS-CBN! Hayate & Heartstrings!

I’m so glad with these news! What about you? 🙂

So ABS-CBN is so fast in getting new koreanovelas that’s making me crazy! If you have seen Son Ye Jin’s  MOMENT TO REMEMBER, well they have the same plot. And this new drama,

A Thousand Days’ Promise is also from the Korean Network, SBS.Maganda toh!!!

The show that replaced CITY HUNTER in S. Korea will also be aired in ABS-CBN!!!

With ABS-CBN’s newest lists of upcoming dramas… 49 days has started already in Prmetime slot with the title PURE LOVE. 🙂 Now, all we have to do is wait for Dream High, Sungkyunkwan Scandal, and City Hunter. 🙂

CLICK HERE FOR THE PURE LOVE TEASER FROM ABS-CBN

I have also read in the kapamilyanovelas.multiply.com that ABS-CBN also got the rights for YAB’s Yong Hwa and Shin Hye’s  Heartstrings, while GMA got the rights for GREATEST LOVE and LIE TO ME. But all these comments aren’t confirmed yet.

Recently, some pictures appear on the official multiply account of the ABS-CBN’s  KAPAMILYANOVELAS:

I am so glad that my Love, LEE MIN HO will remain a Kapamilya. After his two shows that were both aired on ABS-CBN, his new drama titled City Hunter that will be aired on May in Korea will also be aired in the Kapamilya station.

The drama, Sunkyunkwan Scandal will also be aired in ABS-CBN . 🙂 So it will be back to back Park Min Young series, since she’s also the lead female for both SunkyunKwan and City Hunter.

Now, my only hope is that… Park Shin Hye’s Taiwanese series; HAYATE THE COMBAT BUTLER and her reunion drama with CN Blue’s Jung Yong Hwa titled “You’re Into Me” will also be ABS-CBN’s. 🙂

I’ve been hearing and reading the new Koreanovelas that ABS-CBN will air this 2011 by their multiply site. And at last, they already have its official video on their site, that for sure one day from now, will be showed in television. Thanks a lot to Karen Cepe, for informing me/us on Facebook about this video. 🙂

ABS-CBN, one of the largest station in the Philippines reveals its upcoming Koreanovelas that we will surely get hooked to. 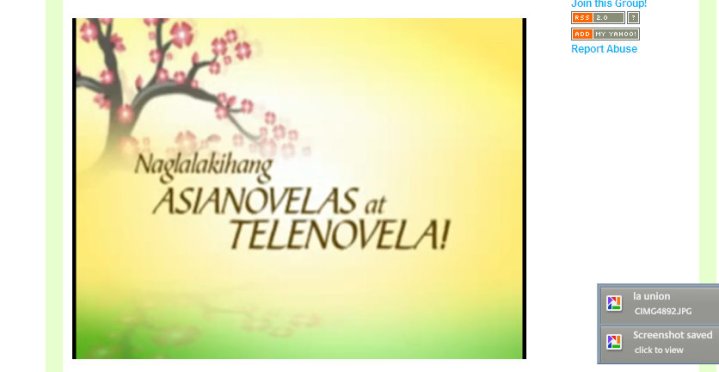 What’s more interesting is that Korea’s top star, Moon Geun Young have back to back Korean dramas this year, one is a modern Cinderella story titled, CINDERELLA SISTER and another is with Hallyu star, Jang Geun Suk in MARRY ME, MARY.

It amuses me just by thinking that Jang Geun Suk will return in small screen here in the Phlippines!

Lastly, I still can’t get over it, Lee Seung Gi and Shin Min Ah’s hit drama, MY GIRLFRIEND IS A GUMIHO will also be aired here. 🙂 🙂 🙂 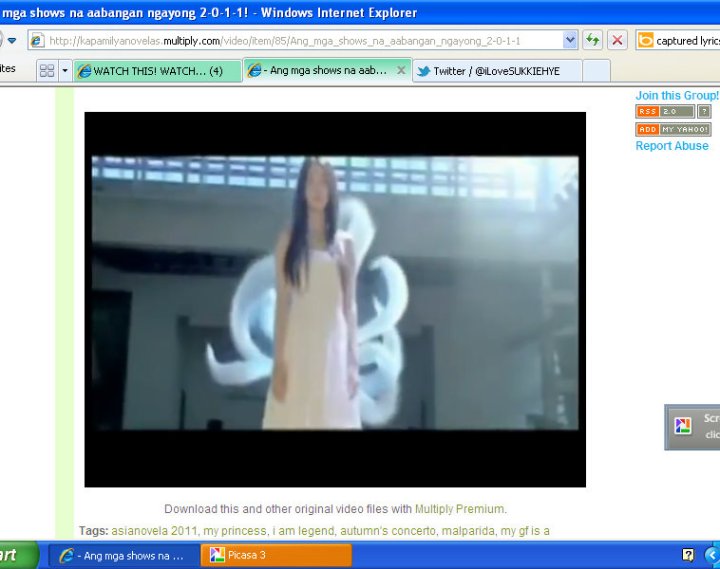 Though, I dont like PLAYFUL KISS, I am a little bit sad that it isn’t included here because GMA have its right. Im looking forward and crossing my fingers that ABS-CBN will be able to get the rights for Lee Min Ho’s CITY HUNTER and PARK SHIN HYE’s Hayate.

Koo Hye Sun and Wu Chun’s ABSOLUTE BOYFRIEND was rumoredly an ABS-CBN Koreanovela as well but they are not yet confirming it. (confirmed: sa ABS-CBN ang Absolute Boyfriend!)

There was an error retrieving images from Instagram. An attempt will be remade in a few minutes.