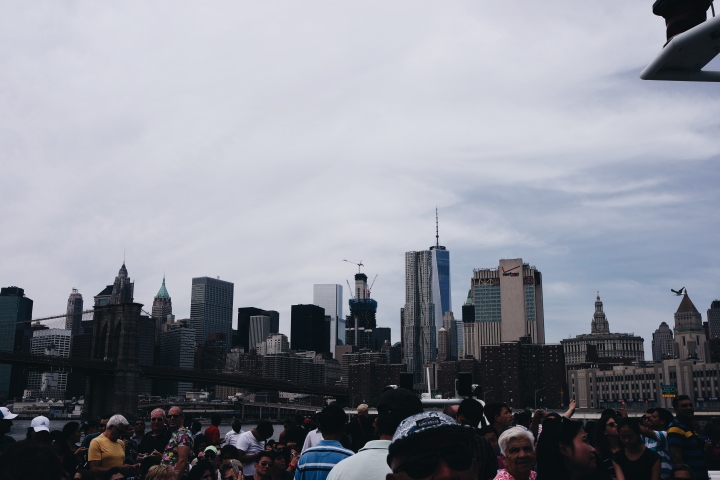 Those are words that I used to hear from an Alicia Keys song that was popular when I was in grade school. A song so familiar, that I could sing when played on the radio. I never really bother to read the lyrics or ponder about its meaning. Like any other Korean song, I just liked its tune that I memorized the song without really knowing it.

It was only a song… until I went to New York.

I was in New York for a day, and it was an amazing experience. Toronto’s street is like New York; Quiapo is like Times Square… but somehow New York made everything different. If it was because of its big lights or its crowd, I’m amazed because I am no new to a huge population, but I fell in love with New York. Everything about the song is real, that I am glad for my second day in the USA, I was in New York (Read: Massachusettes in the eyes of my lens here).

We left Westin Hotel at about 06:30, with only 3-4 hours of sleep I barely managed to stay up and do my sightseeing while on tour, if there was anything to look at. I just woke up when the tour guide started talking.

We went to downtown passing NY’s China Town going through what looked like a lake where we are set to ride a water taxi. It is kind of amusing to see the land taxi on yellow, which is also the same color the water taxi had. 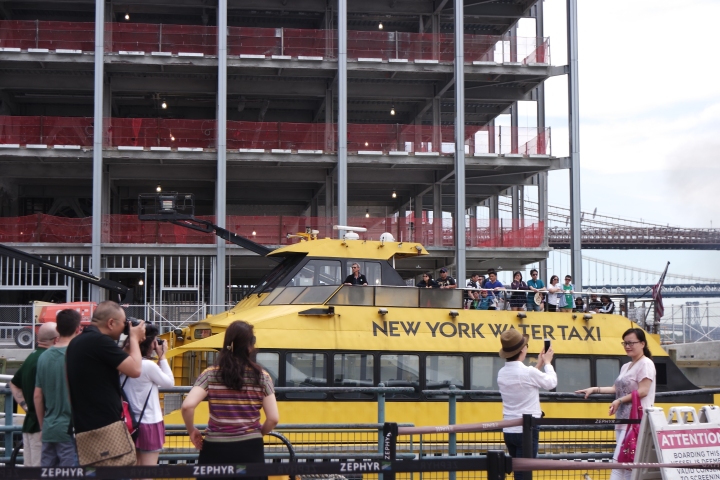 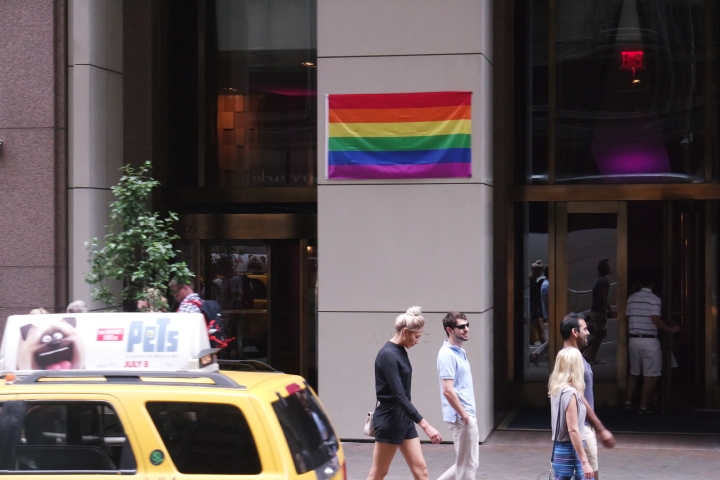 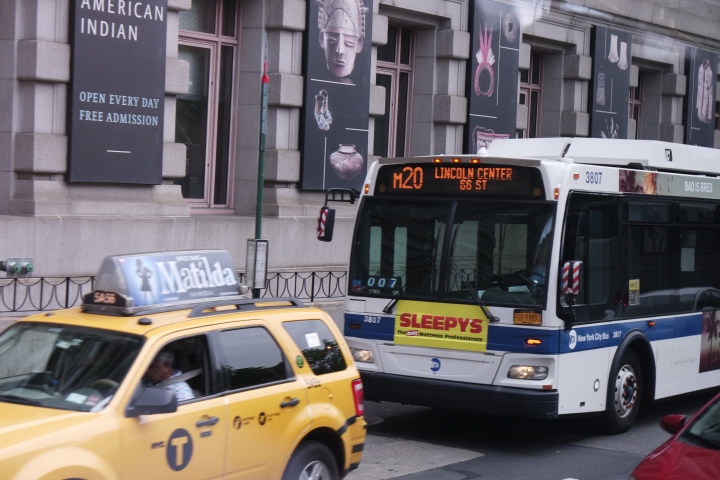 The line up for water taxi was insane, but it is all worth it.

We went under the Brooklyn Bridge and cruised around the headquarters of United Nations and Statue of Liberty (up and close). 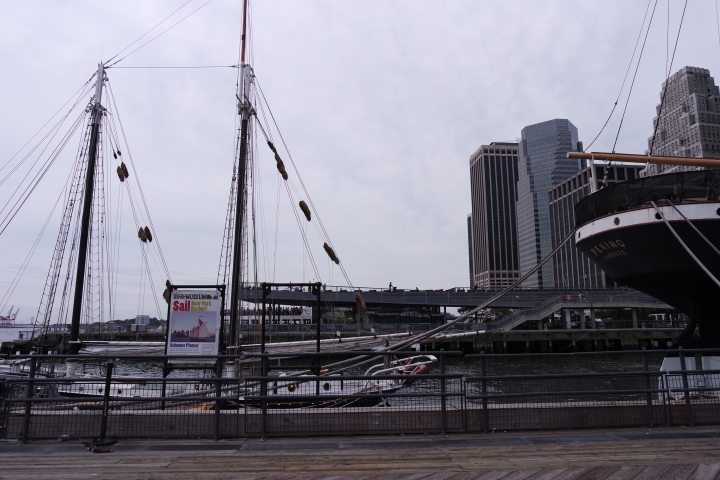 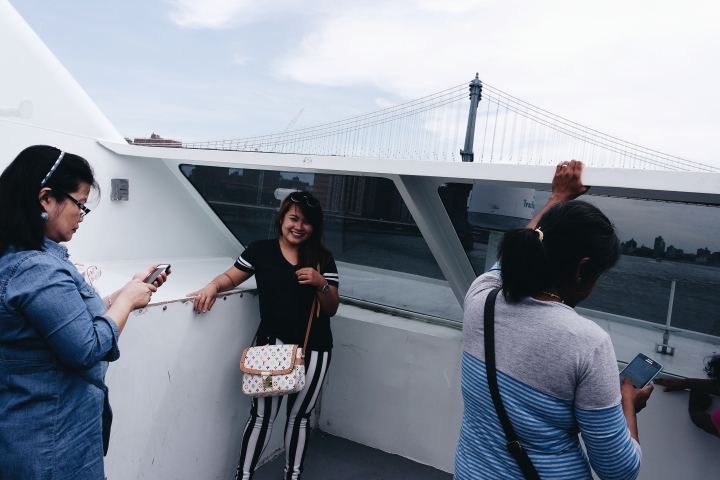 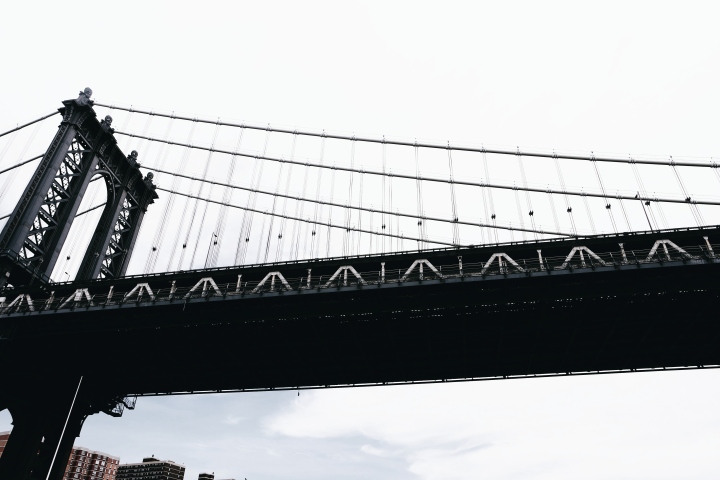 The highlight of the cruise was its silence.

I couldn’t remember the tour guide’s words, but he suddenly stopped talking. As much as I love him and his sense, it was lit when he paused for a while when we were almost close to the Statue of Liberty.

It wasn’t because of him, but Alicia Keys started singing Empire State of Mind pt. II and it was priceless. I literally had goosebumps that every word from the song struck me at that moment that even up to now, I could recall that time and place when it happened.

I was even planning to put the tour on a live broadcast on Facebook, but like what the saying says, precious moments couldn’t be seen on Facebook because it happen unplanned. 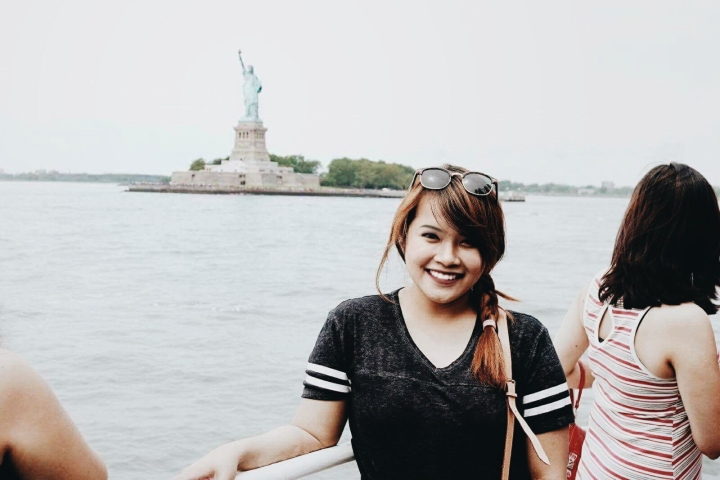 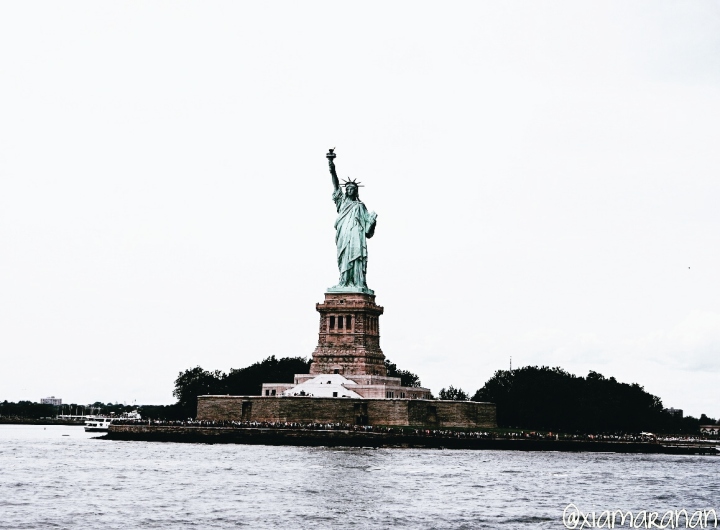 We were also given a chance to see the whole New York from the top view, but we decided to skip the up view (Rockefeller center) and just experience New York with our own feet- we went to Fifth Avenue and Times Square! 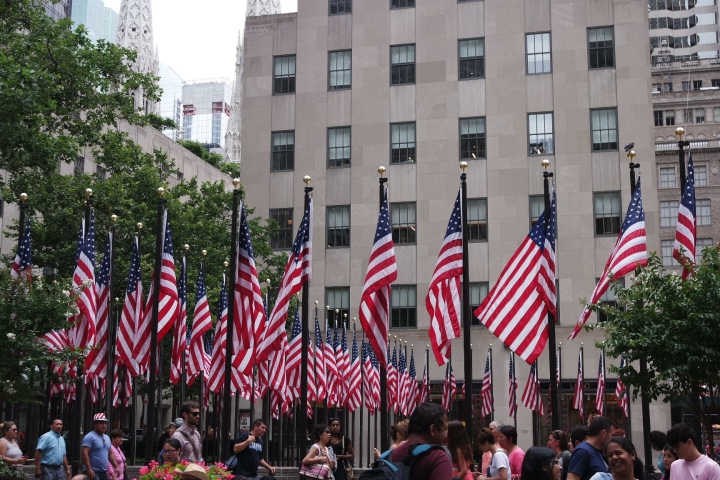 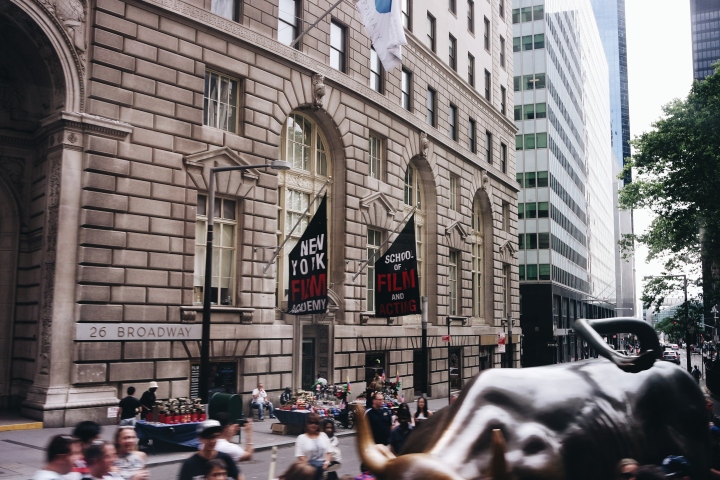 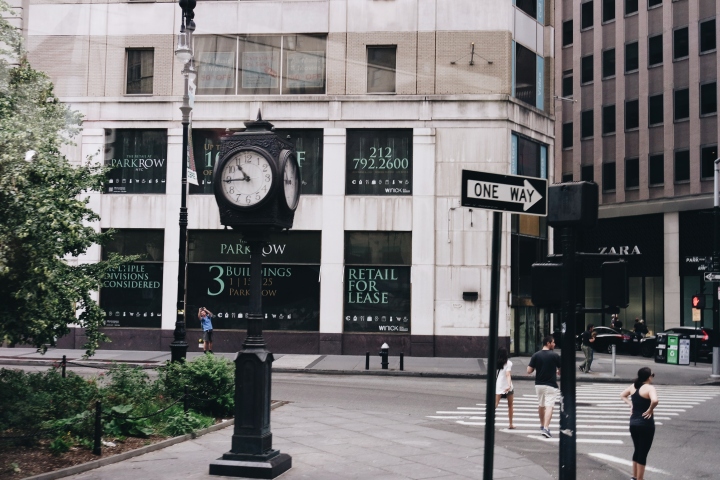 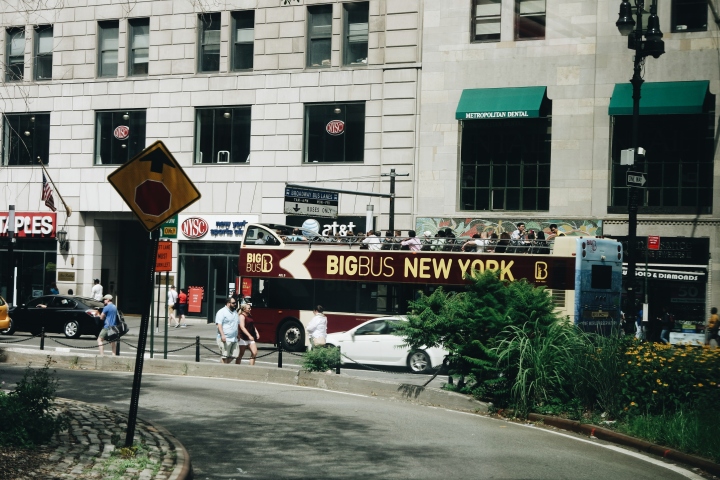 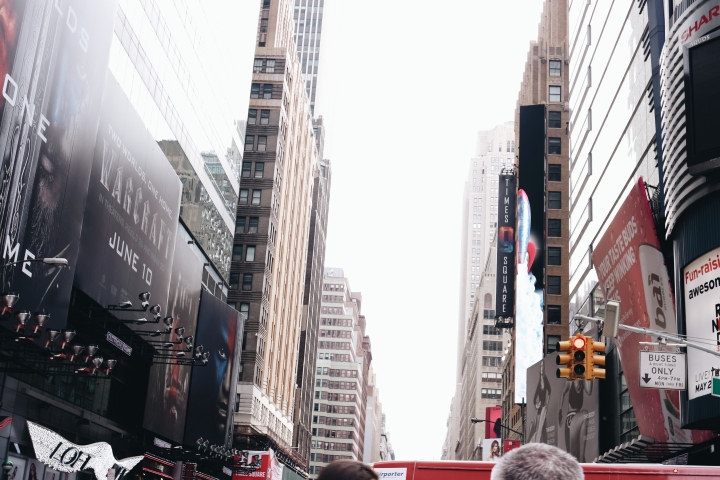 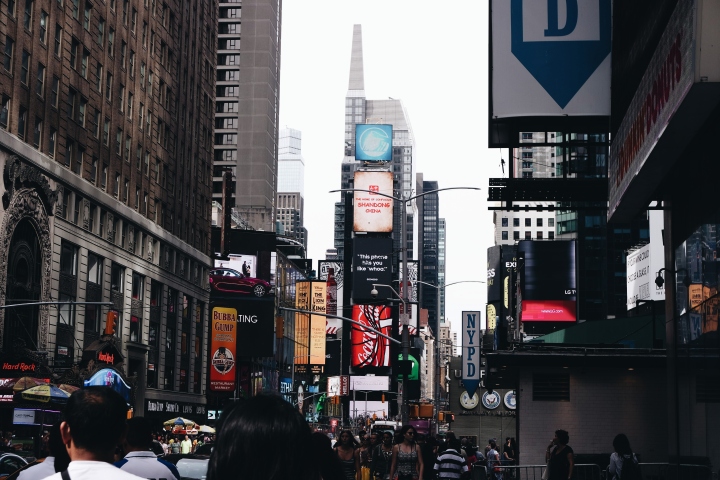 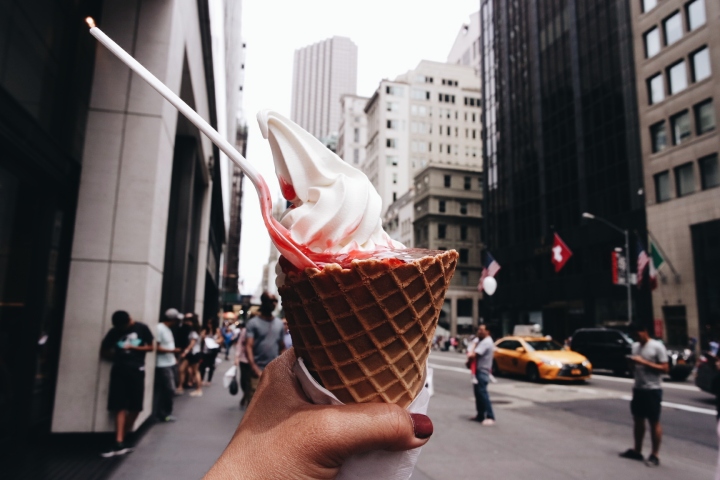 Again, we wouldn’t want to miss shopping in New York! What surprised me is that they have fake branded stuff that of course I couldn’t buy because it might cause trouble on the border back to Canada.

If you’re also looking for NY souvenirs, there were loads of souvenirs around Times Square for your loved ones. Unfortunately, (haha) we bought ours on the cruise which was 3x expensive compared to the price of the ones found on the streets! So for those who are traveling soon, save your bucks for Times Square when buying souvenirs.

Like what I said in my recent post, (Read: Massachusettes in the eyes of my lens here), I love UNIQLO so much that I easily get ecstatic whenever I see one. What’s good about visiting NY is that we were there the day before the United States’ Independence Day, which also means there were tons of products that were on clearance. Not only that, UNIQLO that day was giving a balloon that could be exchanged for a freebie! Yayyy!!! Who doesn’t like a freebie, eh? I got a blue camiseta that I could use for my clinical placements on fall. 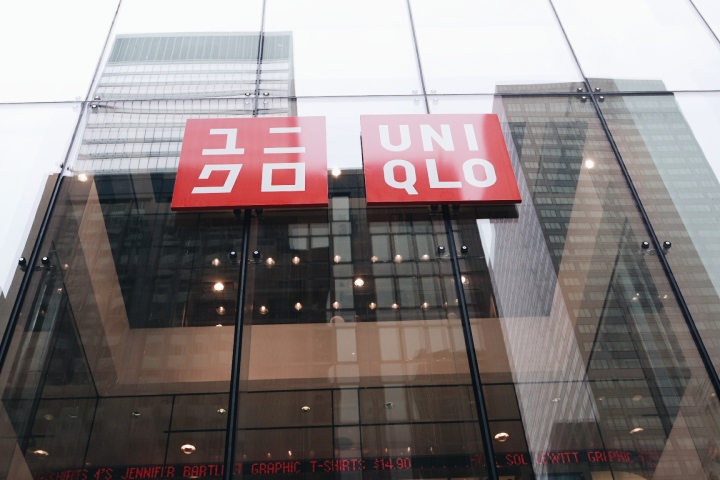 Aside from UNIQLO, we also went to St. Patrick’s Cathedral to pray that day. There was a mass when we came in, but we only lighted a candle, praised Him and said our little prayer.

I was also told when I was a kid that every time someone visits a church for the first time, his/her prayers will come true. It is not proven but there’s no harm in praying. It is a church anyway so I made a prayer wish. 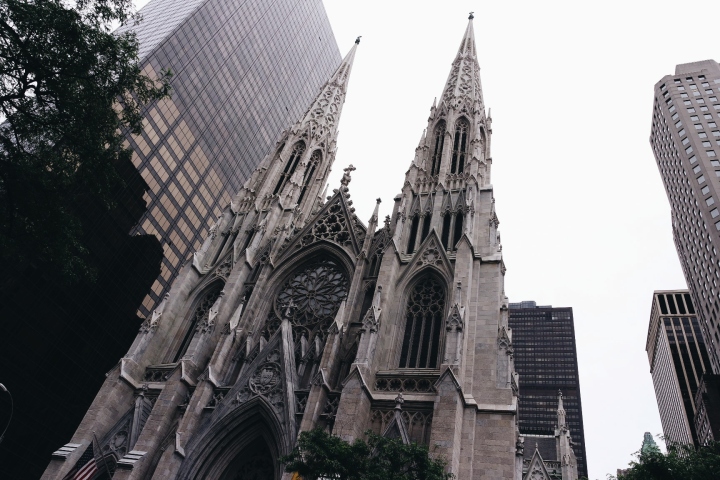 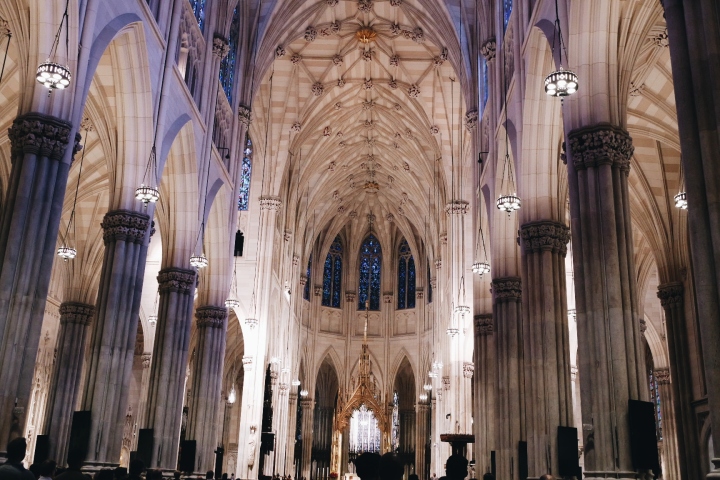 New York wasn’t on my bucket list of places to visit, yet now it is one of the best places I could ever be. There might be no beaches and breathtaking nature around it, but its soul is alive that I’m astounded by everything about it.

Before it was only a place I see in the movies, a song I heard on the radio… now, it is a place I will always remember.

One thought on “The Big Apple Journal”