Just like my other reviews, I’ve been hearing stuffs about this drama even though 2PM has been famous in the PH (Yet, I don’t know anything about them before). I lose interest to watch this due to the fact that for me; the characters aren’t well-known except for 2PM’s Ok Taecyeon, whom I have seen and cried with in Cinderella’s Sister. 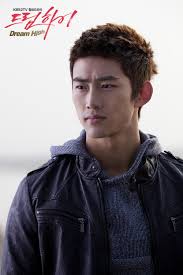 And one time, I tried to watch this drama and darn! Episode 1 is freaking awesome. I was already hooked to its female lead, with just one episode I began searching for information and details of its lead casts. So she’s a k-pop starwho has more than 200, 000 followers on twitter named Bae Su Ji aka Suzy.

Dream High isn’t an ordinary teen-drama that focuses about romance. This is about family, friendship, media and dreaming high. It has a lot of twisting scenes that will surely divide the viewers to bet who must be Suzy’s character, Hye Mi will end up with. Another thing, no one will resist the cute love between 2PM’s Wooyoung and singer IU lovestory, that everyone will be asking the stars and the heavens that one day their crush story will be like the IU-Woo story.

Honestly, because of Dream High; I learned to love k-pop more. The writer of this drama, 2PM’s Boss/manager and CEO of the JYP Entertainment agency, Park Jin Young who also made the OST and acted in this series gives me a perception that he did write this drama with Bi/Rain as an inspiration that can be seen in Song Sam Dong‘s character. After watching this show, I kissed YG goodbye and turned to be a JYPe loyalista, that I know one day will happen to you or to others. JYPe artists had a lot of cameos here especially the Thai Prince, Nickhun, Miss A, 2AM and 2PM. I swear, you’ll love them too!

To end this blog entry, this drama will be aired on ABS-CBN based on the Kapamilyanovelas site, so watch out for this and you’ll see what T’m talking about.